Iwan Roberts: Revealed, the secret of my one and only curfew transgression

England captain Wayne Rooney was hammered after pictures appeared of him, wearing his England tracksuit, drinking until 5am at a wedding party in the same hotel as he and his team-mates were staying after the Scotland game and before the Spain game on the Tuesday night. 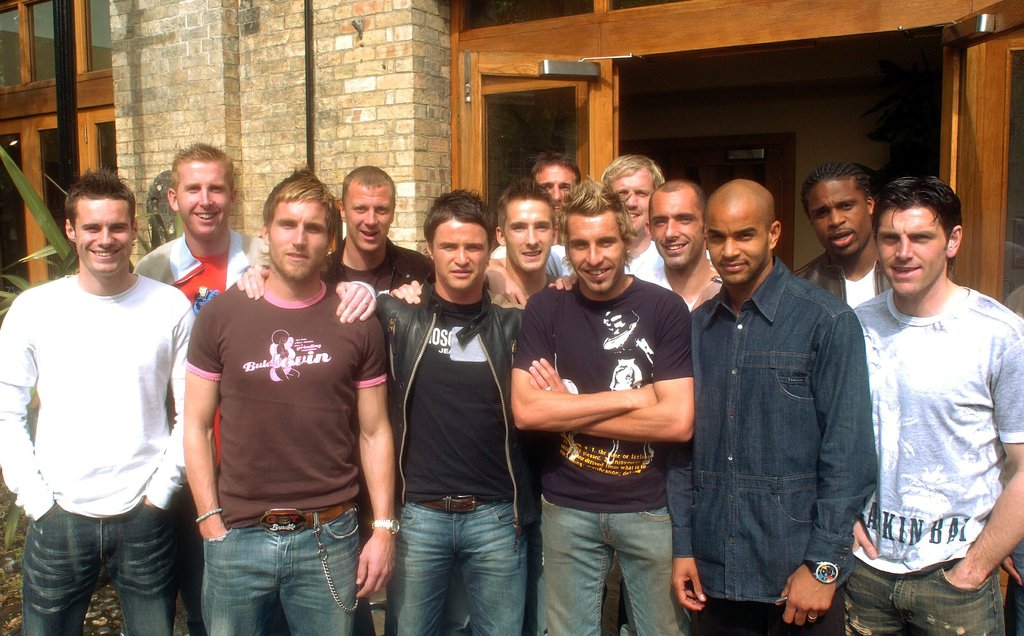 The players had been given the day off to do as they please. Some went home to see their families, some decided to have a night out in nearby London. But Wayne opted to have quite a few too many with the wedding guests, which isn’t that big a deal if you ask me.

It was not 48 hours before a game which he wasn’t going to take any part in because he had picked up an injury (more about that later) so he wasn’t breaking that rule. Apparently there was no curfew set, but Wayne probably out-stayed his welcome by a couple of hours.

The only thing Rooney did wrong in my opinion was drinking too much when he was injured. It’s a known fact that alcohol slows the recovery system down so he wasn’t helping himself one bit with the amount of drink he was throwing down his neck. As an injured player at your club you’re not allowed to go out until you’re fit again. It’s a big no, no and I’m sure his manager, Jose Mourinho, would privately have been livid with his captain for his unprofessional behaviour.

I broke a curfew once. I learnt my lesson and never did it again. I was playing for Huddersfield at the time and we were on a pre-season tour in Dublin – a great night out, I can hear you all say... which I would find out to my cost.

Eoin Hand – a very fair man and manager – had given us a day off as we’d worked tremendously hard in the week we’d been over there and we had performed very well in the games we’d played. So he told us to all go out together and have a few (not go over the top) drinks – but we had to be back in the team hotel no later than 11pm.

To be fair to all the lads, we stuck together, had a good day around the bars in the Temple Bar area of the city and every single one of us was back at the hotel before 10.50pm. This pleased Mick Lyons, the assistant manager, who was waiting for our arrival in the hotel reception, making sure we were all OK. Not that he didn’t trust us of course!

We weren’t staying in the hotel itself, but in the wooden chalets in the hotel grounds and as I was walking back to my chalet with club captain Peter Jackson. Jacko turned to me and asked if I fancied a quick nightcap in the nightclub in the basement of the hotel and, of course, he didn’t have to ask me twice.

We started walking up the hill towards the entrance when I suddenly slipped off the kerb and went over on my left ankle, with all my weight going on it. I’d had a weakness in it for a few years since nearly breaking it in my first season at Watford. I was in agony and could barely put any weight on it and even though Jacko kept trying to persuade me that I’d be fine in the morning, I headed back to my chalet, filled my sink with cold water and put my foot in there hoping that it would help keep the swelling down. It didn’t.

I woke up the next morning and my ankle was huge and black and blue already and there was no way I was going to be able to get through training that morning with an ankle five times it’s normal size.

So how do I explain to the manager how I’d injured myself on a day off?

I went to see the physio, Wayne Jones, who I got on with very well and explained what had happened – leaving out the bit that I was sneaking off to a nightclub at the time – he didn’t need to know all the details.

Wayne looked at my ankle in horror and said that he would put a good strapping on it, which would support my ankle, but that I’d have to start doing the warm-up with the rest of the lads “then after a few minutes pretend to go over on your ankle, I’ll come over take a look and tell the manager that’s you done for a few days”. Good plan, so I thought.

All the players gathered by the bus that had taken us every day to our training facilities, which were about two miles away, but this particular morning the driver was nowhere to be seen and the door was locked. Then around the corner came Eoin, Mick and Wayne, who looked at me with a very worried face. It soon became clear we didn’t need a bus driver this morning of all mornings because the manager had decided to surprise us by making us run down to the training ground, which normally wouldn’t have bothered me but because of my ankle it was going to be so painful.

To make things worse we had to keep up with Mick Lyons, who was a very good runner, and he wanted to punish us because we’d had a few drinks the day before and he didn’t drink. He went off like Mo Farah and his pace was relentless. We reached the training ground in just over 10 minutes – every yard was agony, but I’d made it there. Just.

We started the warm-up and within five minutes I’d gone down holding my left ankle and that was me done for the day. In fact, I was out for eight weeks with my ankle injury, which meant I missed the start of the season.

Eoin Hand never found out how I’d really injured my ankle. If he had it would have been a fine of two weeks wages, but I’d learnt my lesson the hard way and never disobeyed his or any other manager’s rules from then on.

This newspaper has been a central part of community life for many years, through good times and bad. Coronavirus is one of the greatest challenges our community has ever faced, but if we all play our part we will defeat it. We're here to serve as your advocate and trusted source of local information.

In these testing times, your support is more important than ever. Thank you.

Glamour in grim times: a £375,000 luxury wing for sale in historic home of chocolate maker

Glamour in grim times: a £375,000 luxury wing for sale in historic home of chocolate maker

Latest from the Norwich Evening News

Coronavirus: Norfolk deaths up to 10 as figure in England passes 1,000

Norfolk couple being transferred from cruise ship where passengers died

Fury as food stall for homeless removed ‘due to coronavirus’